LIVEN UP YOUR LIBATIONS WITH BLACK SHEEP TEQUILA 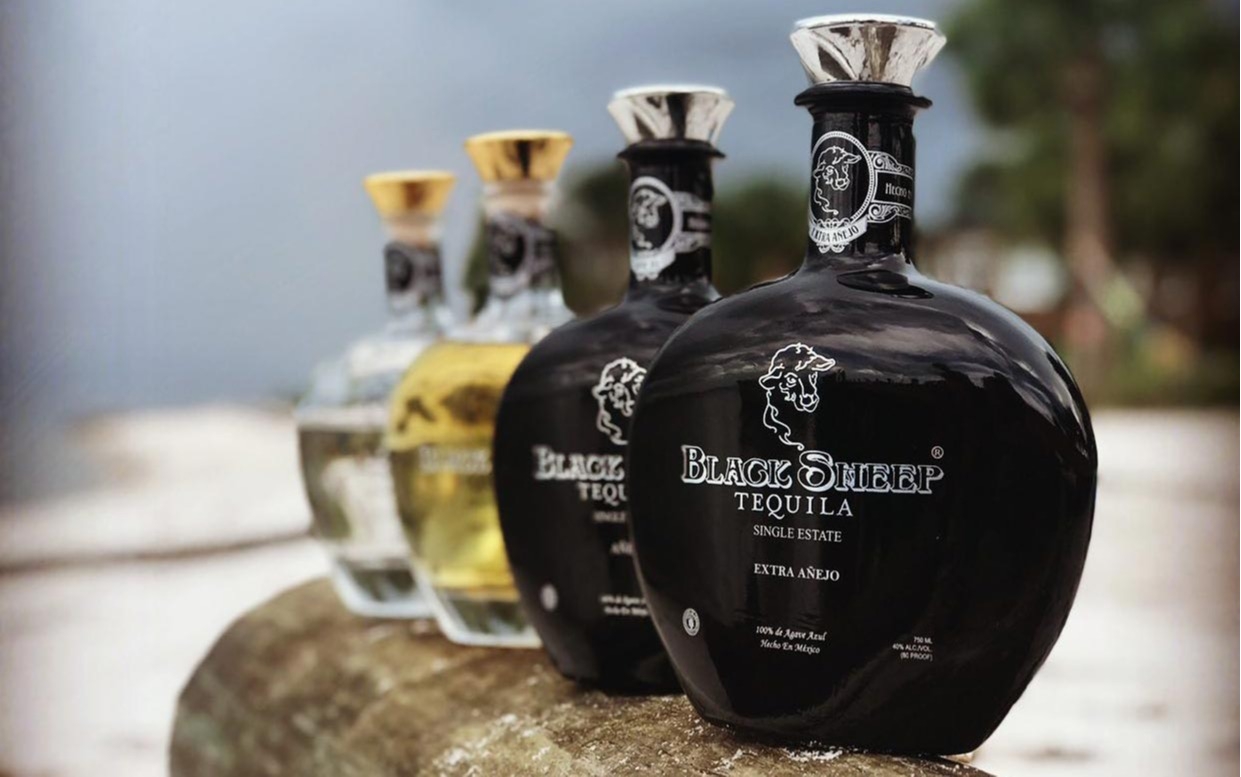 "At the end of the day, all you gotta do is take life with a grain of salt, lime and tequila.”
Ryan Griffin. Salt, Lime & Tequila.

Throughout time, music has always served as a reflection of the life experiences of songwriters, performers and fans. This tendency is particularly true in country music. From sad breakup tunes to festive party songs, country music has its finger on the pulse of its audience.

Many popular country song lyrics are associated with various types of adult libations, including beer, whiskey and wine. These inclusions seem only natural, as the genre tries to reflect the good and bad times of its listeners.

Recently, tequila has become the beverage of mention in several popular country songs. It has been prominently featured in such hits as “Tequila” by Dan+Shay, “Tequila Does” by Miranda Lambert and “Tequila Little Time” by Jon Pardi.

Most artists are content with just creating and performing songs about tequila. However, others have taken the plunge into the business of the liquor industry. One such entrepreneur is Nashville-based singer/songwriter Josh Mirenda.

Known for writing songs which have been recorded by country artists such as Jason Aldean and Dierks Bentley, Josh became interested in the commercial side of tequila after becoming involved with a group that was heavily invested in a new liquor brand, Black Sheep Tequila.

“I have a friend and business partner, Mark Bailey, who is involved with Identity Ventures, one of the early investors in Black Sheep Tequila,” says Josh. “One night, we were catching up after dinner, and he told me about Black Sheep Tequila. I was immediately intrigued by the business proposal, and I told him that I wanted to become involved in any way possible. The next day a bottle of Black Sheep was delivered to my living room, and I was sold on the first sip.”

Since his initial foray into the business, Josh has become a board member and partner of the firm.

“We have quite a few projects rolling currently, but Black Sheep Tequila is at the front of our priority list,” says Josh. “We know we have something special here, and we are going to give it everything we have.”

Black Sheep Tequila was founded in Arandas, Mexico by a group of friends who shared a passion for pure agave tequila.

“In the beginning, our founders tasted many different types of tequila to see what they liked the most about each brand,” says Josh. “Over time, they developed their own recipe, which is what you taste when you take a sip of Black Sheep today.”

Unlike most of its competitors, Black Sheep Tequila controls its entire manufacturing and distribution process.

“Our tequila is distilled and bottled in the rich highlands of Jalisco, Mexico. We currently have over 1 million agave plants in the ground ready to be harvested,” says Josh. “We control everything from the time the plant is put in the dirt to the time the juice hits your lips.”

Since its inception, Black Sheep Tequila has grown from humble beginnings into a luxury brand that boasts four different varieties of premium tequila.

“Our current offerings include smooth Blanco, smoky oak and caramel Reposado, toasted oak, roasted agave and honey enriched Añejo and Extra Añejo, which features a touch of caramel and light vanilla,” says Josh. “My personal favorite is the Extra Añejo, which is what you will find in my hand 9 times out of 10 if you swing by my house.”

Unlike many tequilas, which are best served neat, Black Sheep also goes well in mixed drinks.

“Our tequila is unusual in that it is great whether served by itself or mixed into a cocktail,” says Josh. “While it goes great in margaritas, it also makes a delicious old fashioned. Regardless of your preference, you really can’t go wrong with our tequila.”

Despite the additional workload involved, Josh has found the tequila business to be synergistic with his music career.

“Our tequila and my music go hand in hand. I frequently wear Black Sheep attire during concerts, in public appearances and in photoshoots,” says Josh. “By promoting Black Sheep on stage, I have the opportunity to cross-pollinate the music and tequila fan bases. I suspect that I will have my tour bus wrapped with the Black Sheep logo soon.”

Black Sheep Tequila is available at most area liquor stores, and it can also be shipped directly to customer homes when ordered from the company’s website.

The next time you are celebrating a special occasion with friends or just relaxing after a long day, be sure to open a bottle of Black Sheep Tequila.

And don’t forget… put on some tequila-inspired country music, such as Dierks Bentley’s rendition of Josh’s “Somewhere On A Beach,” while you enjoy your drink!